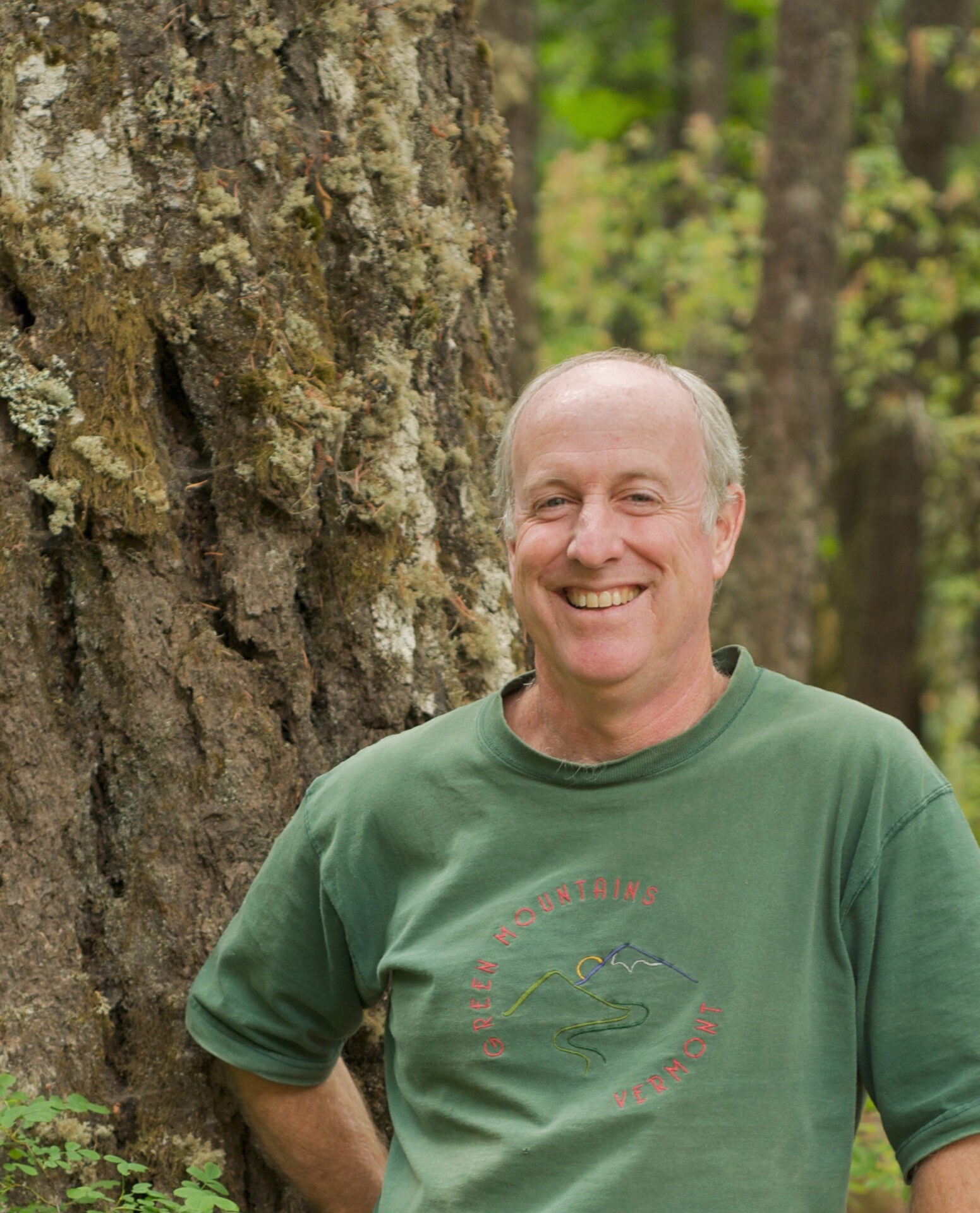 Replanting the landscape: Defy environmental disasters by the yard

The Gazette is working with the Linn Landowner Forum to present a weekly series of columns about elements landowners should consider when replacing trees and plants lost in the Aug. 10 derecho. The series will focus on recovery, the importance of native plants and other topics.  This is the second article in the series, and it is written by Dr. Douglas W. Tallamy, a professor in the Department of Entomology and Wildlife Ecology at the University of Delaware. He is the author of three books, including “Nature’s Best Hope: A New Approach to Conservation That Starts in Your Yard,” published in February. He was the keynote speaker at the 2019 Linn Landowner Forum and will return in 2021.  Articles can be viewed at The Gazette

In late September, the World Wildlife Fund reported the planet has lost two-thirds of its wildlife populations since 1970.

This jaw-dropping news fits with the litany of recent environmental disasters — global insect declines; the loss of 3 billion North American birds; the United Nations’ prediction that 1 million species will go extinct in the next 20 years; the incineration of Australia and our western states; the repeated inundation of our Gulf states; the nastiest climate statistics yet; COVID- 19; and, yes, the worst derecho in memory.

Despite this environmental mayhem, our yard bears a message of hope: To the WWF report, I emphatically say, “Not in our yard!”

For the past four years I have been photographing and identifying the moth species that live on the Tallamy property.

Last week I reached 1,012 species. That’s right: At least 1,012 (and counting) moth species make their living on our 10-acre patch of southeastern Pennsylvania. That is 37 percent of all the moth species that have been recorded in the 2.4 million acres that comprise Pennsylvania.

And because each of those moths had matured from a caterpillar, the primary nestling food for 96 percent of North American terrestrial bird species, we have recorded 55 species of birds breeding on our property.

Who knows how many additional species have used our land as a refueling site during fall and spring migration.

Our property is not a preserve that has been protected for a century. Just the opposite. Not long ago, it was part of small farm whose owners had worked the land for 300 years. Before we moved in, the vegetation was a tangle of invasive plants the owners had mowed and called hay.

Few trees and no native shrubs grew here, and there were few birds other than the starlings, house sparrows and doves that can thrive on exhausted farmland. Caterpillars that sustain most birds were largely absent.

But today, I am willing to bet our 10 acres has increased the number of its resident species by two-thirds — not lost two-thirds of its wildlife.

The depleted agricultural wasteland of a few years ago has become a haven for biodiversity. How did this happen?

The rebound on our property was neither astounding nor accidental. It was a predictable response by the natural world to restoring nature’s foundation: native plants. The moths are here because the native plants with which they have co-evolved are here.

And those plants are thriving because, along with the wind and the local blue jays, we have planted them.

The birds and other vertebrates that live on our land can do so not just because of the moths our plants produce, but because of the acorns, black walnuts, hickory nuts and filberts, as well as the fruits our blackberries, serviceberries, dogwoods, persimmons, black cherries, pawpaws, chokeberries, viburnums and black gums make each year.

Winter birds like juncos and white-throated sparrows migrate to our yard because of the copious amounts of seeds produced by native grasses, sweetgums, sycamores, evening primroses, asters, wild lettuce and goldenrods. Red-shouldered hawks, Cooper’s hawks and sharp-shinned hawks regularly hunt on our property because their prey is abundant.

And it is hard to walk anywhere without encountering little gray tree frogs. We have planted native plants because 90 percent of the caterpillars that transfer energy from plants to other animals are unable to develop on non-native plants — those Asian ornamentals we habitually decorate our yards with, as well as those same ornamentals that have escaped cultivation to run amok across millions of acres.

With few exceptions, insects can develop only on species for which they have developed adaptations that counter plant chemical and physical anti-herbivore defenses.

Such adaptations take eons, eliminating the chance that recent arrivals to our shores can serve as viable host plants for our insects.

Our property is not the only place across the country where people are defying depressing environmental statistics.

Returning native plants to our landscapes provides essential energy for local food webs on any scale, be it 10-acre parcels like ours, half-acre suburban lots like Margy and Dan Terpstra’s near St. Louis, one-tenth-acre city lots like Pam Karlson’s in Chicago, or container gardens on rooftops and balconies that supply milkweeds for monarchs or mountain mint for native bees in major cities.

The message is clear: If enough of us defy global trends in declining biodiversity by rebuilding food webs with native plants where we live, work and play, we can reverse these trends.

The simple act of planting the species essential to the life around us is something that empowers each one of us in our quest to coexist with the natural world. 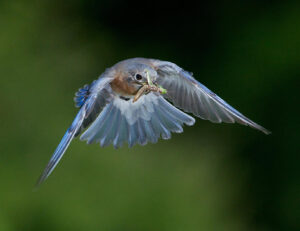 This Eastern bluebird female makes more than 100 trips a day bringing insect food to her nestlings. She can’t do that unless we create landscapes that produce that many insects. The photo shown here was taken at Douglas Tallamy’s home in Pennsylvania.